Who Wore It Best?

I can't believe how fast the days are flying here! Last week was crammed with a lot of fun activities. Plus I was swamped with trying to catch up on the house and laundry after being sick. I had nary a moment to post but this week looks to be a bit calmer. I have a bunch of fun stuff to share! It is almost midnight and for some reason our house is stirring. I've fallen asleep three times but Isla, then Teagan and finally Brian all had dreams where they were crying out/talking which had me up and checking on them. I think we are all super tired. Here's to a peaceful remainder of the night. Just a quick post before I am off!

Isla is growing up so fast and wearing as many of her big sis' clothes as possible. I found this cute picture of Teagan in a green yoga top Isla wore last week. What do you think? Do they look alike? It's hard to tell but I think Isla's eye lashes are coming in as long and beautiful as her sister's which makes me super happy! 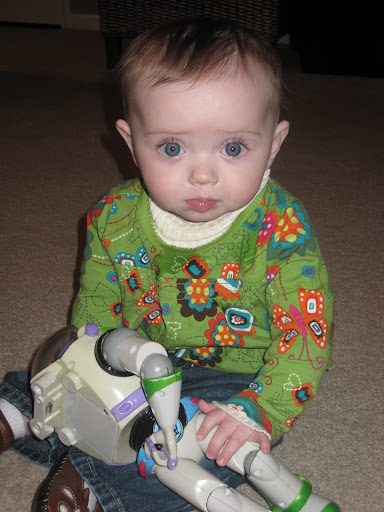 This is Teagan on November 13, 2009. She was a month older than Isla is right now in this picture! This day really stands out to me because it is Kade's Gotcha Day - the day his adoption was finalized and he officially became our little boy! We were over at Melissa and Kade's house celebrating! 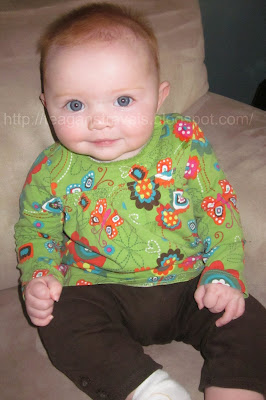 Isla at five months old. My baby is growing up so fast! This picture reminded me of her Grandma Emma, my mom's mother. I see a bit of Emma in Isla's sweet smile. 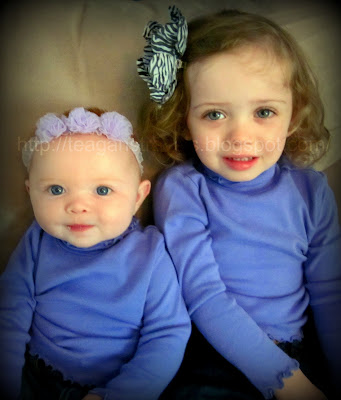 I took this last week of the girls! You would not believe the number of pics I had to take before I got this one. How do other parents make getting pictures of siblings look so easy???

That's all for tonight! Cousin Kade is spending the night tomorrow and we are excited! Hope you are off to a great week where you are!